Eddie Zacapa, who is currently the founder of Life Enriching Communication and an NVC trainer in the Sacramento area, trained facilitators in Nonviolent Communication (NVC) and used a curriculum that was NVC-based at The Center for Violence-Free Relationships. Zacapa, who was the Positive Solutions Director at The Center, decided to check on recidivism rates for 2008 graduates from the batterer intervention program in 2013 and discovered that none of the graduates got prosecuted for any domestic violence charges.


Zero Percent Recidivism
The El Dorado County District Attorney's office confirmed that the male participants who graduated from The Center for Violence-Free Relationships' batterers intervention program in 2008, who resided in El Dorado County, did not get prosecuted for any domestic violence charges after five years. This means that there was 0 percent recidivism after a five year follow up, the lowest recidivism known for a batter intervention program to date. To view data of the graduates click here (coming soon).

The Sonoma County and Santa Clara County District Attorney's office also assisted in confirming the 0% recidivism (where it was found that participants resided in these counties when they picked up their initial domestic violence charges).

Apparently, the findings were found in the same manner that the Domestic Abuse Intervention Programs (DAIP) used in collecting their data. The DAIP (which uses the well-known Duluth Model) had the lowest recidivism rates prior to this discovery.

The DAIP has done two studies where they tracked graduates from their program. In one study they found that 40 percent picked up a new domestic violence prosecution after five years. In the second study they found that 32 percent did not re-offend over eight years. The national average according to the Washington Center for Court Research indicates that 45 percent of all DV offenders commit another domestic violence crime within five years.

Decline in Substance Abuse Charges
Zacapa also checked the 2007 recidivism rates at The Center for graduates who resided in El Dorado County because in 2007 The Center had not implemented the NVC-based curriculum or trained facilitators in NVC and wanted to see a comparison between the two sets of graduates. He discovered that 50 percent of the 2007 graduates picked up a substance abuse charge within five years of graduation. When he compared this with the 2008 recidivism rates he found that seven percent of these graduates had picked up a substance abuse charge in five years. There was a serious decline.

Zacapa believes that this decline was in part due to the new curriculum and training facilitators received that incorporated NVC and addressed addictions using a needs-centered approach.

Nonviolent Communication
Nonviolent Communication was founded by Marshall Rosenberg 40 years ago and is being used all over the world. The Center continues to train facilitators who facilitate the batterer intervention program in NVC and use an NVC-based curriculum. Zacapa had the privilege to train the current lead facilitator, Bruce Granick, who oversees the Batterer Intervention Program at The Center currently.

Zacapa, continues to provide workshops in El Dorado County with Life Enriching Communication and has trained the facilitators there in NVC. They use an NVC-based curriculum, Compassionate Pathways, that will be published in the near future. 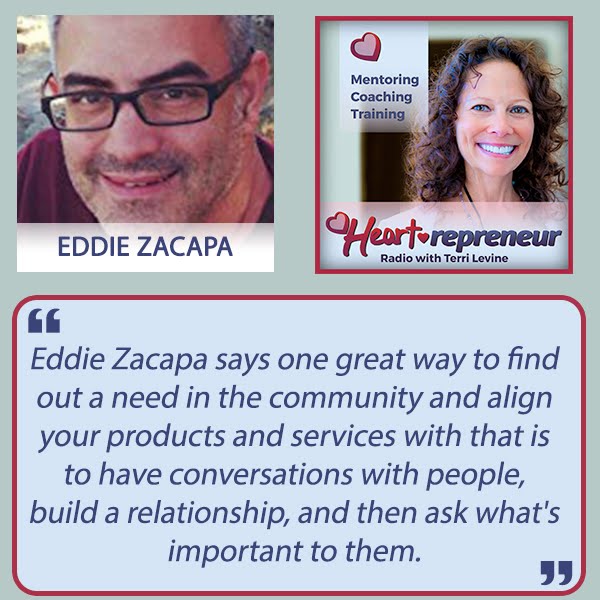